Disclaimer – This is not a review. It would not be fair to review places or things that are sentimentally close to your heart.

Being a Zoroastrian Irani, I feel proud of my community’s contribution towards evolving the cultural landscape of a city back then known as ‘Bombay’. Irani cafes or restaurants are what initiated the dining out concept in colonial Raj. Irani restaurants were among the first community spaces that threw open their  doors to people of all caste, creed, religion and socio economic status alike, and served them copious amounts of chai with bun maska. You could be a British Army cadet, stock market babu, or a roadside vendor – an Irani restaurant would serve you equally and generously.

The journey of the Irani restaurant has been beautiful and colossal. What started off as a single Irani gentleman selling chai to office goers from his ‘sigdi’, which later culminated into restaurants that served Parsi dishes and bakery products in addition to the humble chai. And then there is SodaBottleOpenerWala (SBOW) which is attempting to redefine the Irani cafe experience, without altering the sanctity of what an Irani cafe should be. Modern yet quirky, idiosyncratic, and nostalgic – dining at SBOW, which has just launched at Bandra Kurla Complex (BKC), tugged at my heartstrings because it is a beautiful attempt at trying to preserve the dying legacy of Irani restaurants.

Restaurateur AD Singh took his concept of a modern Irani restaurant to Gurgaon, New Delhi, Bangalore, and Hyderabad before returning to the homeland where it all began. As I dined there on the preview night, a bit skeptical about how a Mumbai Irani themed restaurant would fare in a city where the original Mumbai Irani restaurants already exist, I couldn’t help but draw parallels between the two – the old Irani restaurants ‘then’, and SBOW ‘now’. And it is within these similarities, and differences that lies the charm of Mr. SBOW.

Then: Large spacious rooms, high ceilings, and cramped within that  space – glass paneled tables with red chequered table cloths. An Irani cafe was an extension of the owner’s home, and the steel Godrej cupboards and wooden showcases with curios was proof enough. The sound of the fan whirring above your head while you tucked into melt-into-your mouth mawa cakes, made up for the sweltering heat.

Now: I spent half an hour just absorbing the microscopic details that have gone into creating the Instagram worthy ambiance of SBOW by architect Clement and Sabina Singh. The basic framework of an Irani cafe exists – wooden tables and chairs, red chequered tablecloths, mismatched lamps, ‘bannis’ selling confectioneries, and vintage tiled flooring for you to click your feet against. In addition, you’ll also find a large mural of the wall from Merwan’s, a Royal Enfield gleaming proudly at the entrance, and a toy train that chugs across the perimeter of the restaurant’s ceiling. Portraits of Parsis adorning the walls, and a smattering of assorted curios give the place a far more homely vibe.  And then there’s the blackboard listing out the establishment rules, a common sight at The decor perfectly encapsulates the old and the new, is a beautiful amalgamation of an Irani restaurant and a Bawaji home, and this remains the most cherished aspect of my meal at SBOW that evening.

Then: An Irani restaurant was lot more about the feel and the food. It was about the faces that ran the place. A space ‘where everybody knew your name’. The uncle at Koolar & Co. won’t think twice before cautioning you about mosquitoes and the rise of dengue. Mr. Zend of Yazdani bakery makes for a lovely companion to chat over chai or khari, if he is in the mood that is. And then there’s the grand maestro, Mr Boman Kohinoor of Britannia who will regale you with stories of the British, lovingly spoon out food into your empty plate, and even show his letter from Queen Elizabeth to a lucky few. These grand old men are what keep the spirit of an Irani restaurant alive – you are not simply a customer, you are family.

Now: The faces behind SBOW today are a friendly lot themselves. Chef Manager, Anahita Dhondy, not only knows her food, but is doing a commendable job bringing regional Parsi cuisine to the fore front. Chef Darius Madon picks up the baton from her, as the Mumbai chef, and it will be interesting to see where he manages to take SBOW. Mohit Balachandran, brand head and cuisine director, commonly known by his moniker Chowder Singh deserves full credit for compiling and innovating the SBOW menu, that not only contains traditional Parsi dishes, but also dishes that showcase the best of Bombay!

Then: What started off as humble places serving chai-brun maska-khari, Irani cafes also gave impetus to the bakery boom in Bombay. They later became spaces you could to for a complete meal and get your fill of akuri, kheema pav, dhansak, kababs and more. Jimmy Boy introduced the Parsi wedding feast, outside of a baug, and after that there was no looking back. Most of these continue to remain the go-to places for Mumbaikars who are looking at dining on authentic Parsi fare outside of a Parsi home or wedding, with their idiosyncrasies in place. Read: closed on weekends, only open for lunch service.

Now: What I loved about the SBOW menu was that they’ve not just restricted themselves to Parsi food. Of course there are the staples – berry pulao, dhansak, salli boti, prawn paatiyo. But then there are the dishes that showcase the best of what Mumbai has to offer – Bhendi Bazaar Seekh Paratha, Goan Sausage Pav, Eggs Kejriwal, Haji Ali Fruit Cream – which in my opinion deserve just as much fan fare. Absolutely gorgeous are the Bawa inspired cocktails that not only have funny names, but also include some Parsi ingredients such as cane vinegar or Raspberry Soda.

Must try on the menu

The underlying question here remains, will Mumbai accept Mr. SBOW – a city where the original Irani cafes still remain, a city where everyone has sampled authentic Parsi food atleast once in their life? The answer if a big, resounding Yes! Sadly, with the number of authentic Irani cafes dwindling, and most of them present across the other end of the sea link, the launch of SBOW could not have come at a better time. As Finely Chopped so rightly put in his blogpost here, SBOW will work for the slightly high end target audience, who may not be able to deal with the eccentricities of Fort’s Irani restaurants (read: open only on weekdays, for lunch).

Everyone seems to be asking me ‘ How authentic or real is the food at SBOW?’ I am strictly following the board outside the restaurant that reads ‘ We know your Mumma’s Dhansak is the best, but give ours a shot’, and I would recommend you’ll to do the same. The Lagan nu Custard may lack the sugary burnt top, and nutty cinnamon flavour that most custards do, but the non Parsis on my table didn’t seem to notice.

It is a beautiful coincidence that the original Irani cafes were situated in Bombay’s original office district – Colaba and Fort. And this modern, revamped Irani settles down in Mumbai’s newest office hub – BKC. Chef Anahita told me on the opening night, ‘SBOW is the 2015 version of an Irani restaurant like Britannia’, and I’ll have to agree with her. Hoping they have a long, delicious stint ahead like their older counterparts. Jamva Chalo Ji!

P.S.: Anyone else notice the uncanny resemblance between my father and Mr Rustom SodaBottleOpenerWala? Cannot wait to take him there for some Dhansak, and a Brandied Bawi cocktail.  #LoveTheName 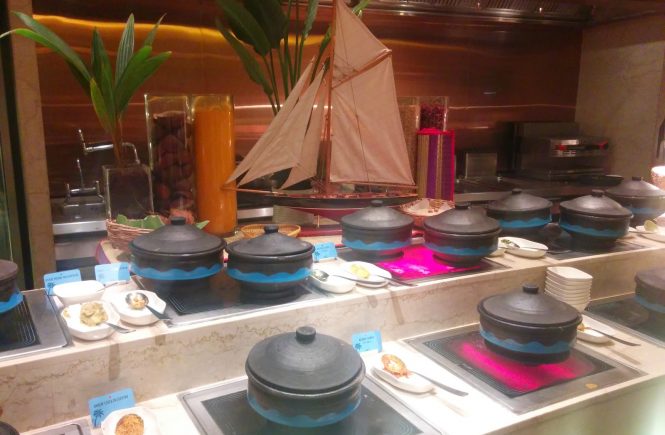 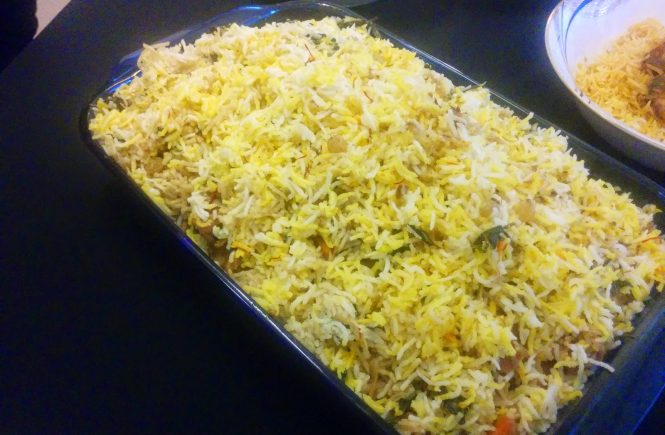