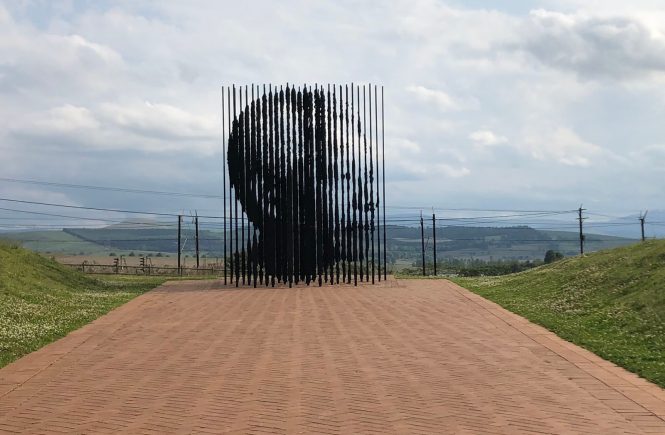 In the last of my three part series documenting my travels through South Africa, we explore and appreciate South Africa’s Drakensberg mountain range located in the Kwazulu-Natal province.

‘Great things are done when men and mountains meet. ‘

As we left Durban and drove down further into the countryside, I couldn’t help but notice the landscape undergo a drastic paradigm shift. We were leaving the hustle and bustle of the sunny city, and driving into an idyllic countryside filled with lolling fields, grazing cattle and wooden barns – not to mention a random ostrich strolling down the highway. A drop in the temperature, pristine air quality and plenty of greenery around could only mean one thing, we were approaching the mountains!

The Drakensberg Mountain Range is South Africa’s highest and longest mountain range stretching to over 200 kilometers in length. The original Dutch settlers christened the mountain range as ‘Drakensbergen’ or ‘Dragon’s Mountain’ owing to the sharp peaks that may have resembled a dragon’s scaly back. Apart from being home to some of the most picturesque views, what makes Drakensberg a popular hiking tourist destination are its accessible passes and slopes. It is also home to the Ukhahlamba Drakensberg Park – a world heritage site where you can find rock paintings of the San Bushmen from 40,000 years ago. While these mountain ranges offer plenty of options right from hiking and white water rafting to horse trails and canopy walks, here are my recommendations to enjoying Drakensberg and its beauty to the fullest…

Up, up and away in a hot air balloon

It was pitch dark when we reached the ballooning site, the crew assisted by an over-enthusiastic dog were attempting to inflate the colourful balloon with puffs of smoke in front of our eyes. In half an hour, we clamored into the balloon, swathed in multiple layers of clothing with our lives into the hands of our expert instructor David MacGregor. Slowly we began to ascend upwards and onwards, until there was nothing but a carpet of green underneath us, the sun rising over the mountain range in the distance and our silence occasionally interrupted by the odd huff of smoke emerging from the balloon’s burners. From high in the sky we spotted impalas frolicking in the fields, a herd of wildebeests running about, and even a semi-decomposed carcass – the latter exciting me the most. “Landing back on ground is never as smooth as taking off. It all depends on the wind,” David quips. After three failed landing attempts, near-hit with an acacia tree, and narrowly missing a stream – we celebrated finally making it back on the land with a bottle of bubbly.

There’s something immensely magical about soaring into the sky hoisted under a ginormous balloon, piercing through the clouds and emerging on the other side as the clouds create a cottony carpet underneath you. The Drakensberg ballooning experience was an experience of a lifetime; moments which I re-live in my memory repeatedly.

Nature and adventure unite at the Drakensberg Canopy Tour

If being attached to a cable rope via a harness and ziplining through the forest valleys at great speeds from one tree top to another sounds like fun then the Drakensberg Canopy Tour is something you should add to your list. The bumpy truck ride to the drop-off point and the trek further down to the starting point got me giddy enough so I had to sit out of this one. This is surely not for the faint hearted!

The rest of my group however, strongly recommended the experience for the adrenaline rush they felt ziplining at such great heights. What makes this extra special is that it allows you to appreciate the indigenous forest of the Central Drakensberg range from a different perspective – you actually feel one with nature as you whiz through about the forest land. The Blue Grotto Forest where the canopy tour is located is also home to over 150 species of birds and if you’re lucky you might get to spot more than a few.

Embark on a helicopter ride over Champagne Valley

As I walked towards the whirring blades of the chopper and made my way inside the cabin, I was expecting my fear of heights to take over anytime soon. But the minute we took off, the stunning landscapes below us made me forget everything; I was literally and figuratively flying like a bird in the sky. From my chopper window, I looked down at the floor of the valley resembling an earthy patchwork quilt. All around me rugged and towering mountains enveloped the vehicle as we made our way deeper and deeper into the Champagne Valley with only the eagles soaring around us for company.

We were flying with Greg from Westline Aviation who was kind enough to provide us with a running commentary through our headsets on the sights and landmarks around us as we flew. (Not to forget, he was extremely professional and had been in the business since years which helped put my anxiety to ease.) My favourite part of the entire experience? Landing the helicopter on a flat mountain top midway through the excursion and sipping on a glass of bubbly. All this while I’m pondering over a single thought about how beautiful yet intimidating nature truly is.

At the foothills of the Drakensberg mountain range, just outside of a town called Howick, lies a sculpture and a museum dedicated to the life and times of Nelson Mandela. It is at this very same spot that Mandela was arrested in 1962 fleeing the apartheid police disguised as a chauffeur of his very own car, driving from Durban to Johannesburg. This incident would mark as a very important milestone in the anti-apartheid movement in South Africa’s history.

The walk to Mandela’s sculpture is winding and long signifying the long walk to freedom that people of colour in this country had to undertake. The sculpture designed by Marco Cianfanelli, is made up of 50 steel rods that are laser cut in such a way that when viewed at a certain angle form a two dimensional image of Mandela. The entire experience is emotional and humbling; you leave with a feeling of gratitude towards this great man and all that he sacrificed towards the upliftment of this glorious nation.

Don’t forget to check out the first two parts in my South Africa series about jungle and cities.

(My trip to South Africa was hosted by South African Tourism. As always the views are unbiased and entirely my own.) 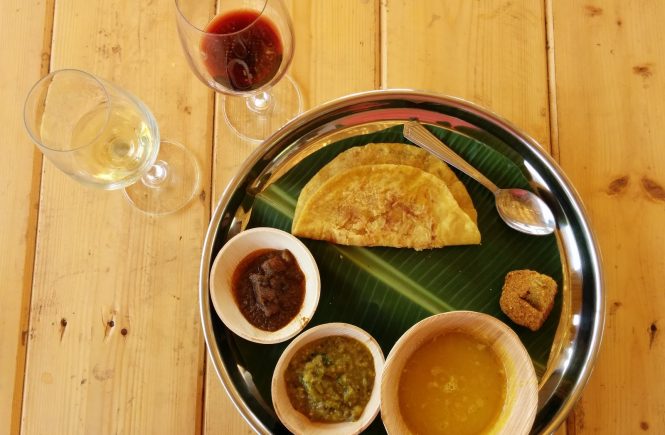