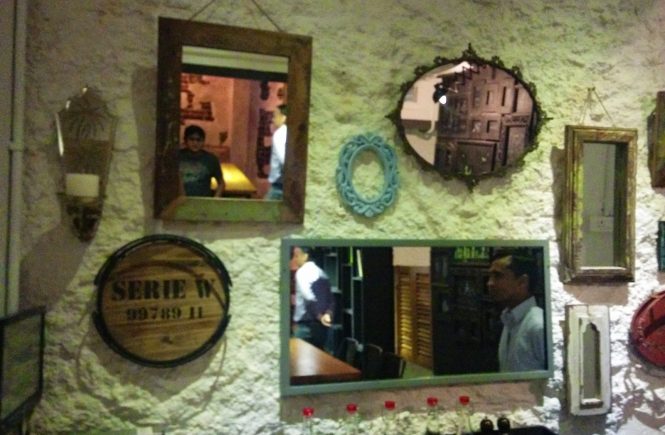 They have retained the chalk art element from the Pune outlet. The other half of the restaurant is split into a far more relaxed setting with brick walls, wooden furniture, and a roof allowing sunlight to pass through during the day. A huge bar in the center opens up to either side.

Special mention to the music that night. It started off as soft tones perfect to go with dinner, and got more intense as the night progressed and drinks were downed. Overall full marks to the interiors. Such a perfect place for your next date night.

Service: Now since this was a special preview, the service was bound to be efficient. They’re bound to treat you well and leave you with no complaints. And that’s exactly how we were left that night. My sangria glass kept getting refilled magically without me asking for it. The servers were also well informed about the food and answered all the questions we shot at them.

Food: The menu covers the usual: an extensive range of salads, appetizers, pizzas, pastas, mains, desserts. They have carried forward their trademark Pune dishes and added a few new ones too.

While we waited for our drinks to arrive we were served a platter of bread and assorted spreads: Hummus, Mushroom Pâté, Chicken liver Pâté, Olive Tapenade, and Tzatziki. My favourites were the tangy, refreshing Tzatziki, and the flavourful Chicken Liver Pâté.

I had heard about one of the new dishes on the menu, The Bacon and Parmesan wrapped Dates with Mustard Crème fraîche, and I wanted to try it just out of sheer curiosity. Such a unique combination of dates and bacon! Anything wrapped in bacon tastes fabulous, and this was no exception. Slightly on the sweeter side because of the dates, but the sour cream dip alongside cuts the sweetness out. I think this is a dish you’re either going to love or hate. We loved it!

One of the dishes Terttulia is famous for is its Karari Roti. My first time eating one, so I wasn’t sure what to expect. It was a massive, thin, crispy roti drizzled with oil and seasoning. A roti version of a masala papad, if I may be allowed to say. It makes for such a perfect bar snack to go along with your beer. This was an absolutely addictive dish, you cannot stop munching on.

The night could not have been complete without trying out one of their signature, thin crust pizzas. We had the Pizza Terttulia…aah! which was an extremely thin, crispy base topped with the creamiest spinach, rucola leaves, and molten scarmoza. Very few restaurants are able to achieve such a thin and light base, completely enhancing the toppings. A glass of their famed red wine sangria perfectly complimented the pizza.

The Basa in Chilli Cilantro Pesto had a lovely pesto flavour to our favourite basa. The colour reminded me of ‘Patra-ni-machi’ for some reason. (Sigh. Been ages since I ate Patra-ni-machi.)

Another stunner were the Prawns in Chilli Garlic Sauce: juicy prawns which were soaked in this yummy burnt-chilli-garlic sauce. They were a crowd favorite that night.

The Salmon in Labb sauce was a bit too salty for me, inspite of me being a huge fan of smoked salmon.

Stuffed after eating so many appetizers, the only main we ordered was the Lamb Ragout with Spaghetti. The lamb was perfectly cooked, not tough and well seasoned. The spaghetti however was a bit chewy for my liking.

Please come here and make sure you try the desserts. I tried the Crème brûlée cheesecake and it was love at first bite. Perfectly burnt crust on the cheesecake with this crumbly biscuit base. There could not have been a better ending to this wonderful meal.

Overall Terttulia delivers consistently on all fronts. I’m definitely going back for their sangrias and those light pizzas. Oooh and maybe that cheesecake too!

(Since this was a preview, no comments have been made regarding the pricing of the meal.) 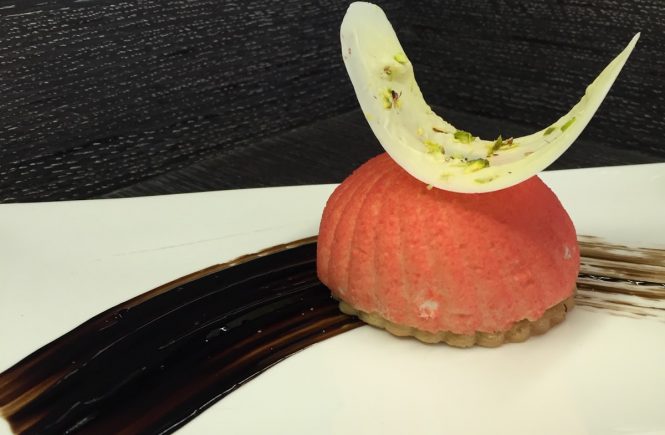 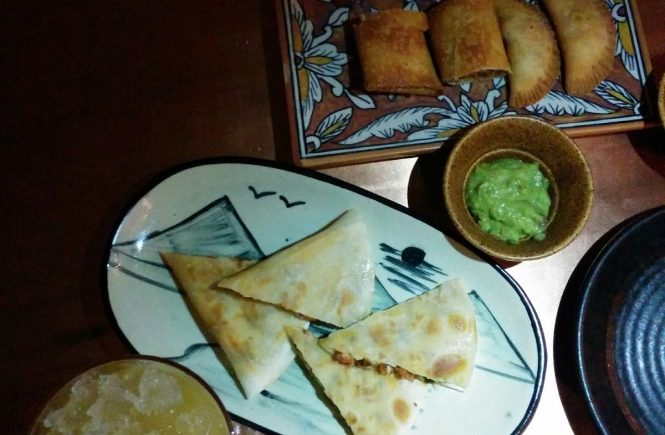 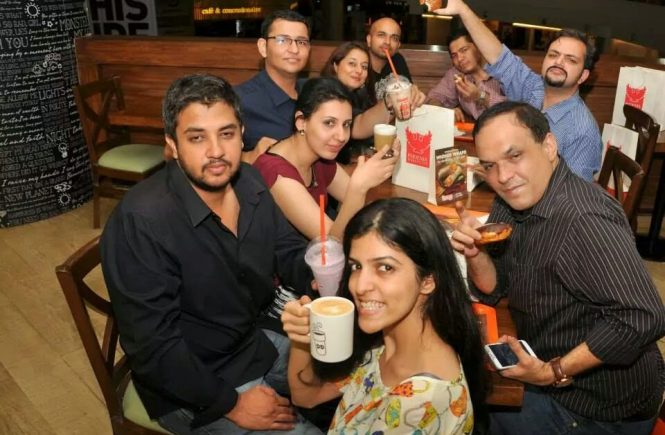